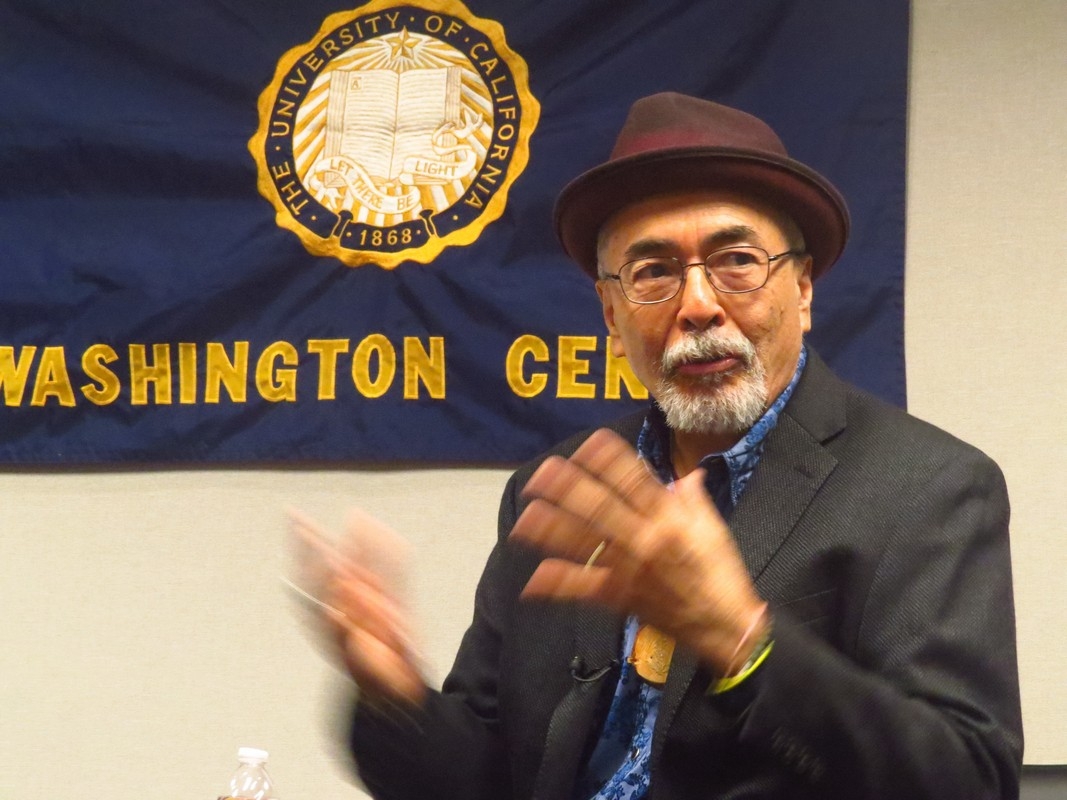 Juan Felipe Herrera (born in December 27, 1948) is an American poet, performer, writer, cartoonist, teacher, and activist. Herrera was the 21st United States Poet Laureate from 2015 to 2017. He is a major figure in the literary field of Chicano poetry.

Herrera's experiences as the child of migrant farmers have strongly shaped his work, such as the children's book ''Calling the Doves'', which won the Ezra Jack Keats Book Award in 1997. Community and art have always been part of what has driven Herrera, beginning in the mid-1970s, when he was director of the ''Centro Cultural de la Raza'', an occupied water tank in Balboa Park that had been converted into an arts space for the community.

Herrera’s publications include fourteen collections of poetry, prose, short stories, young adult novels and picture books for children, with twenty-one books in total in the last decade. His 2007 volume ''187 Reasons Mexicanos Can't Cross the Border: Undocuments 1971-2007'' contains texts in both Spanish and English that examine the cultural hybridity that "revolve around questions of identity" on the U.S.-Mexico border. Herrera was awarded the 2008 National Book Critics Circle Award in Poetry for ''Half the World in Light''. In 2012, he was appointed California Poet Laureate by Gov. Jerry Brown.

In 2011, Herrera was elected a chancellor of the Academy of American Poets. In 2015, Herrera was appointed as the nation's first Chicano or, more broadly, Latino poet laureate.

On June 11, 2016, Herrera was awarded an honorary doctorate from Oregon State University. Provided by Wikipedia